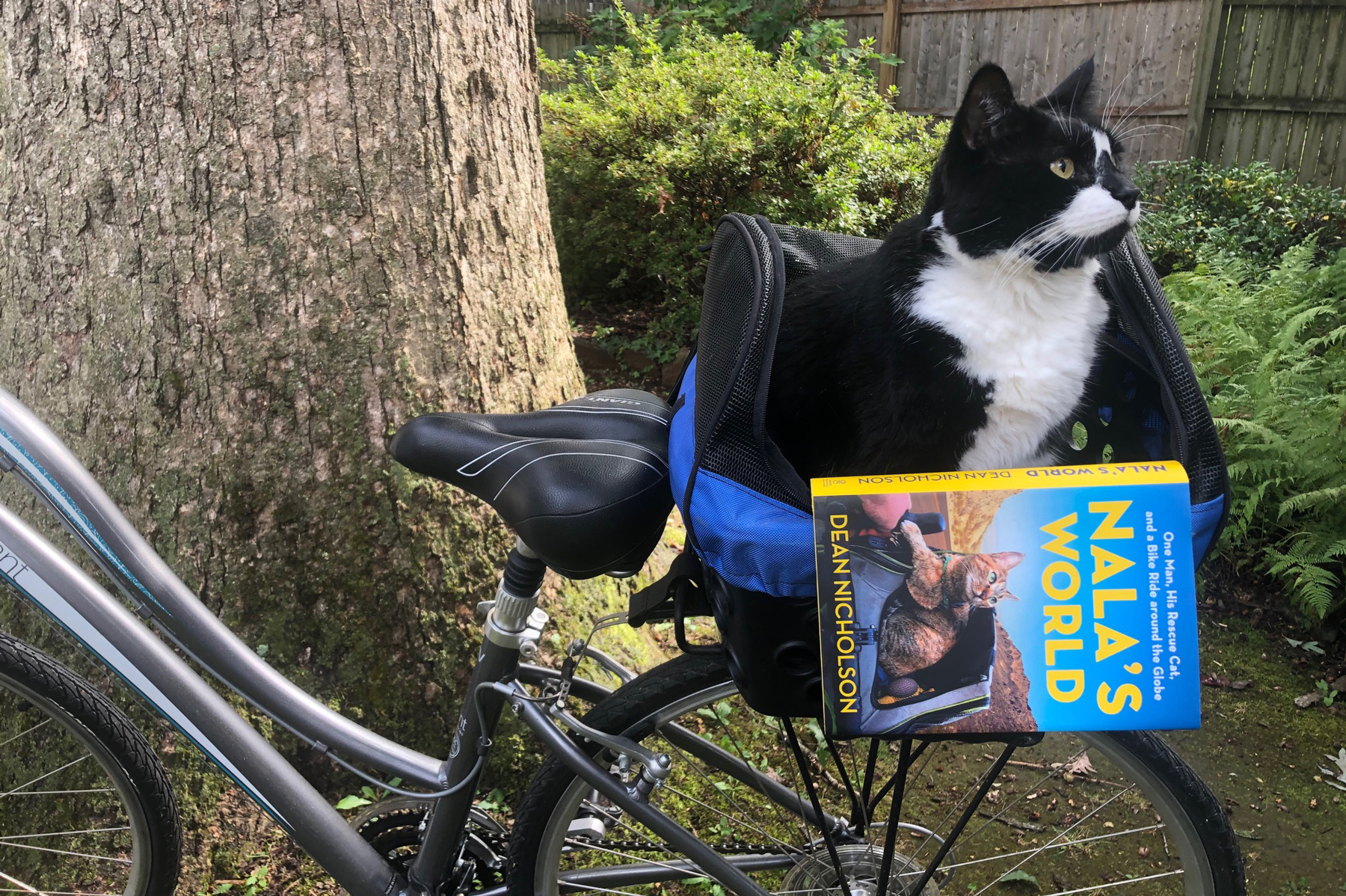 Holy mother of gawd, it’s about time.  A human, believe it or not, actually wrote book, admitting that his life would be nothing without his cat, Nala. Cats all over the world are celebrating that finally, the truth is coming out.  Your lives are pretty worthless without us in your homes.

So how did this all happen?

Well, let me say, Mr. Nicholson, the author,  was a pretty wild fellow back in his home country of Scotland.  A nearly fatal  car accident because he fell asleep at the wheel, a couple of run ins with the cops, and lots of drugs and beer dominated his life. So he decided to “hit the road to find the road,” and hightailed it the European continent on his bicycle  Dean had precise plans to cycle alone around the world. But things did not go exactly as planned. It seems the universe had other ideas.  While travelling through Bosna,

He discovered a starving kitten on a mountain top  who was determined to join him on his trip–so determined that she leapt onto his shoulder while he cycled..

So Dean became   “a big, bearded, tattooed bloke on a bike with a kitten sitting on his shoulder.”  And “Nala” as he named her, turned out to be the “perfect travelling companion.”

In short order, Nala gave him a routine, changed his world for the better, charmed policemen and a host of other people.  She made Dean more responsible,  thoughtful, and gave him a purpose for his life.  Of course, Mr. Nicholson did not change over night.  I mean he did forget their passports in a Turkish hotel which he discovered some seventy miles into their trip at a subsequent guesthouse.  But then, per usual, Nala charmed the owners, one of whom drove Dean on a 70 mile round trip to pick up the forgotten passports. And then there was the time when Dean forgot to put on his sun protection lotion in Greece and got badly burned, but Nala nursed him back to health.  Not to mention the time, when Nala warned him of danger from a wild animal, and Dean ran out of his tent stark naked into the middle of the road in the middle of the night.  But I don’t want to spoil the rest of the  story for you!

But through Albania, Greece, Turkey, Georgia, Azerbaijan, Bulgaria, Serbia, Hungary, and Austria, Nala was constantly by his side (or rather mostly in basket attached to his bike handle bars.)  This awesome kitty cat also helped Dean raise thousands of dollars (or “pounds” according to those Brits) for animal shelters all over the world.  She was also with him through a months long quarantine in Hungary. Nala taught Dean how to enjoy the most precious moments in life…it’s a practice many humans fail to learn.  This is story of redemption.  This is a story about how wee cat changed a human’s life for the better.

So if you have a cat (or gasp, even a dog) share Nala’s World with them, becasue this book, is “catastic!”

For more information on how to buy Nala’s World, go to Mr. Nicholson’s website:

1bike1world.com.  It is also available through Amazon and independent book stores. 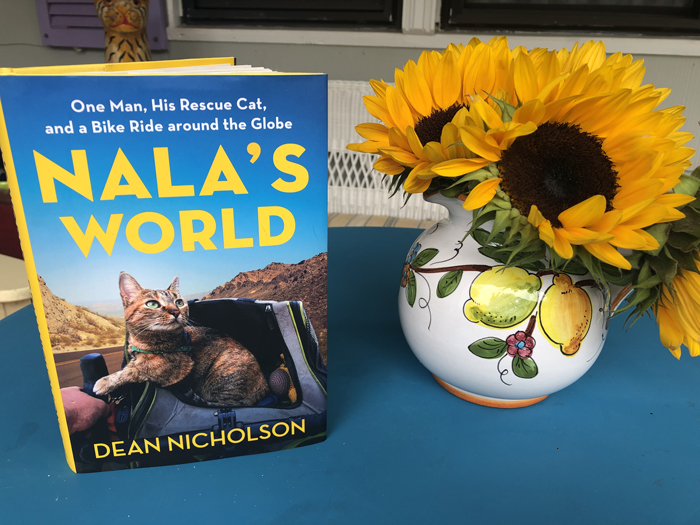