The Bremen Town Musicians by the Brothers Grimm 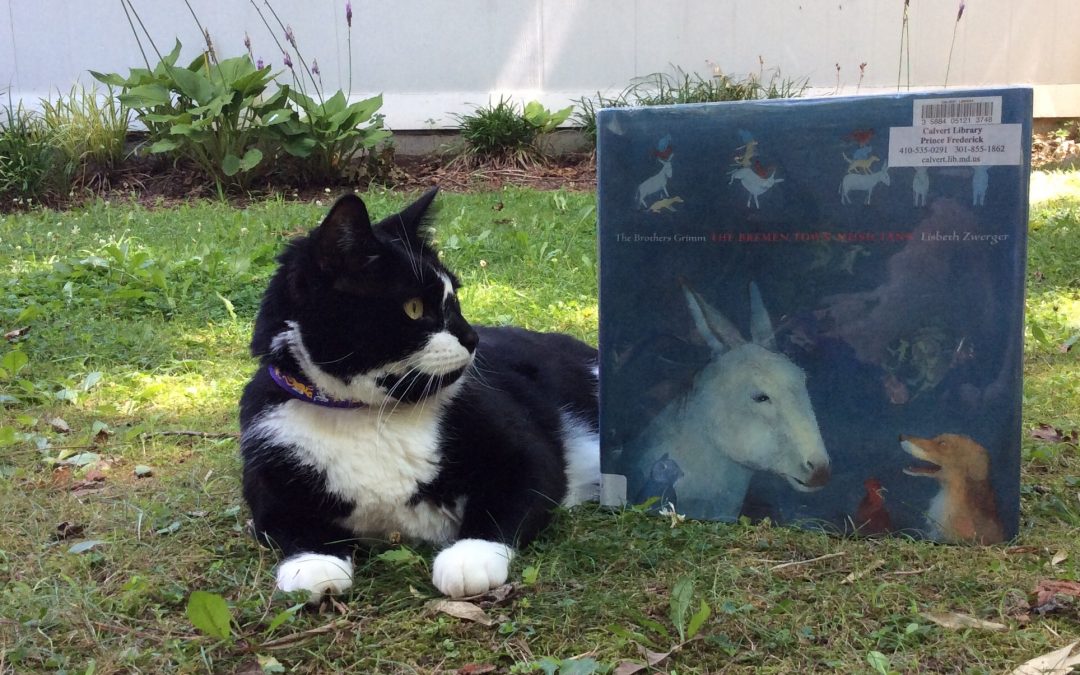 Illustrated by Lisbeth Zwerger and translated by Anthea Bell

This is one crazy tale.  It’s about a gang of four homeless animals.  There’s a  donkey (also known as a “jackass”), who is about to be shoved out of his home, and a dog who is about to be killed by his owner.  They hook up with a cat who is about to be drowned, and a chicken who is about to end up as pot pie, and run away.  So off they go to a neighboring village to earn their living as musicians.  Yea, right.  As I said…one crazy idea.  I sure wouldn’t want to be in the audience to hear this quartet make music.

But the town is too far away for one day’s travel and seeing a light in the forest the four critters decide to investigate.  The discover a house with four guy robbers, and table with loads of food. Heck, why not rob the robbers!  So the donkey brays, the dog barks, the cat meows, and the rooster crows, and all four of them crash through the window!  Whatever works, I say, whatever works.

The guy robbers run off to the forest, scared half to death.  But since they’re humans, the robbers make a huge mistake.  The captain orders one man back to investigate…silly humans.  As the robber enters the house, he runs into the cat, who leaps up and scratches his his face, the dog bites his leg, the jackass kicks him, and the rooster makes loud cock-a-doodle-do noises. The robber flees into the forest, scared to death.  Way to go, you gang of four.  And they all lived happily ever after.

"It's about a gang of four homeless animals."