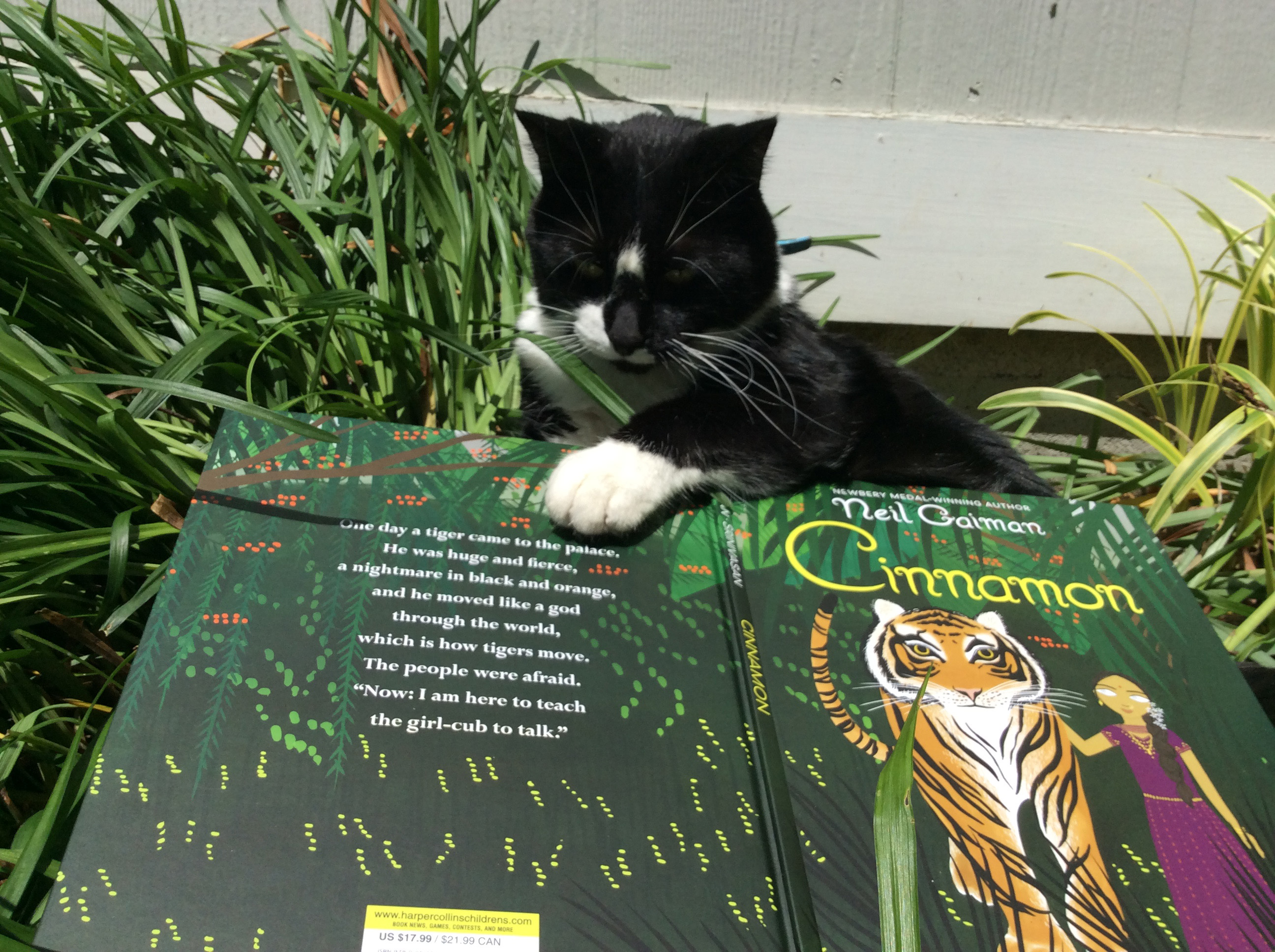 In this book, we have some humans who can’t seem to get their act together.  There’s this Indian king (the Rajah) and his wife, the queen (the Rani) with a princess named Cinnamon.  But their beautiful daughter is unable to speak.    So her mom and dad offer rewards (a colorful parrot, for example) to any human who can get the lovely princess with the pearl eyes to talk.  But, none of the clueless humans succeed.

Finally, my cousin, Mr. Tiger, a huge and wonderful kitty cat in a coat of orange and black stripes, fiercely leaps into the picture.  (Tigers, apparently don’t wear tuxedos, like I do.)  Roar, roar, roar, he bellows,  the sound echoing off the palace walls.   He promises to teach the princess to talk.  Even though some humans think this is a very bad idea, the Rajah and Rani give their permission, hoping that Mr. Tiger could perform a miracle.   And do you know what?

Cinnamon says her first word, “love” as Mr Tiger licks her face.  She tells her parents that she wants to follow this lovely beast to his jungle home.

She climbs on his back and off they go.  After all, who wouldn’t want to live with such a beautiful cat in a place “of the chattering monkeys, and the smell of the dawn and taste of the moonlight…”

Mr. Gaiman, the author, wove a skillful tale of how hapless humans need the wisdom and cunning of the feline family.  It’s a book I wholeheartedly recommend