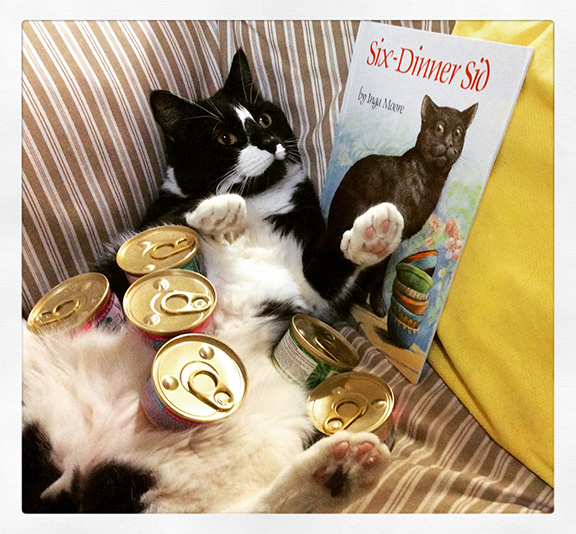 Never under-estimate the power of a smart cat, especially when it comes to food

Six-Dinner Sid set up a clever system where he got six meals a day from human neighbors who all thought he was their cat! He was able to pull off this plan because the neighbors did not talk to each other.

But things fell apart when he got a nasty cough and his human care-takers took him to the same veterinarian who finally alerted them to Sid’s devious plan. Ganging up on Sid they told him to plan on becoming “One-dinner Sid.” Clever Sid moved to another street and soon “organized” the neighbors there to give him six dinners a day!